A Heritage Celebration- The Xhosa Style 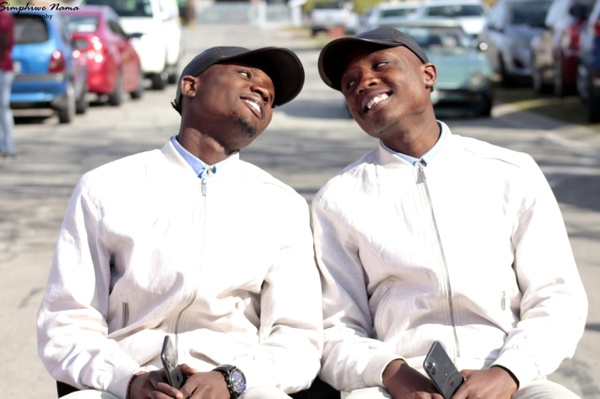 Each year in September we celebrate heritage month as a country with the 24th of September being a Public Holiday (Heritage Day). The day was previously known as Shaka Zulu Day, a Zulu King who was known for uniting the Zulu clan together and forming the Zulu Nation. Every year South Africans would gather on his grave to honor him. Today, Heritage Day is celebrated broadly in the country because of the diversity of cultures and cultural practices. People come out wearing their traditional regalia, eating traditional food, or having a braai.

It is one of the times where some people learn more about their roots and the reason behind why certain practices are done in a particular way. With all these celebrations, we are then reminded of how diverse and beautiful our cultures are and in the same breath absorbing the similarities within our cultural beliefs and practices which validate the assumption that we are all somehow connected.

As mentioned above that with each cultural group certain practices are performed for different occasions in a person’s life. To name a few when a child is born, there is an imbeleko that is performed where a goat is slaughtered and the child is introduced to the ancestors (abaphantsi). However, one of the cultural practices I would like to marvel at today is the practice of Ulwaluko (a rite of passage from boy to man) I’m choosing this in particular because it was the celebration that I attended in September and I could not have been anymore prouder of my culture, my roots, my being, and my beliefs.

I am a Xhosa lady who has an umbilical cord (inkaba) that has been buried in the Eastern Cape. My beginning, my ancestral home, and the person I am with everything I know are because of me knowing where I am rooted and where I can connect with myself on a deeper vibration, my ancestors, and traditional practices. Certain rituals are sensitive within the cultures to disclose and discuss what happens during, Ulwaluko is one of them in particular. The women, ladies, and kids are not allowed to know of what transpires during that process, hence my blog will only focus on the celebratory side of things to avoid sharing inaccurate information.

Ulwaluko is a ritual that is performed when a child turns 18 years and above which symbolizes the transitioning from boys to men. They go to the mountain for 3-6 weeks where they are in initiation school where they are taught how to act and behave like men. Once the process has been done, then there is a celebration called Umgidi where a cow is slaughtered, Traditional beer (Umqombhothi) is brewed and a whole lot of celebrations take place.

It was now my twin brother's turn for that celebration. We flew to Gqeberha (Port Elizabeth) to celebrate them becoming men. There are no words to describe how lovely everything was. My brothers went to the mountain in June and they came out in July, however because of the Covid-19 restrictions, the celebrations couldn’t take place so they just came home, were given further advice by elder men on how to conduct themselves in their new journey, changed to their Amakrwala (Xhosa male graduate-initiates) outfits and postponed the celebrations to September. The day for Umgidi (the ceremony) finally came and we were all so excited. The checklist was done and everything place. The cow was slaughtered, Traditional beer ready, the food was ready, alcohol was in the mobile fridge, the “boys” were bathed and dressed accordingly, we were dressed and ready for the celebrations to start.

Pre-covid, this is not how everything would have played out as I believe that the beauty of Umgidi is the celebrations that the mothers do and welcome their boys now men when they are coming home from the mountain. They come together in celebrations so early in the morning dancing and singing while hitting ingqongqo (a rudimentary drum that is made from a stiff dried ox hide and beaten with sticks). Amantombazana (young ladies) stay up throughout the night singing and waiting for their brother/s to come back from the mountains. The fathers would be with the young men on the mountain preparing to bring them back home. Once the boy/s have entered their homestead, they're taken to ebuhlanti (Kraal) where feedback is given to the ancestors about how the whole process went then the elder man gives them suitable advice on the new journey into manhood. Later on in the day, the women come together once again but this time to shower the young boys with presents, a celebration of its kind where there is traditional singing and dance involved with the women carrying their presents and giving them to the mother of the newly introduced ‘men’. Then with that, the celebrations continue where singing, dancing, drinking, mingling with family and friends and a lot more happens.

With the above not going as to how I’ve been previously been exposed to and happening the “New Age” way, I can still stand proudly and broadly say that the true essence of what this beautiful cultural practice stands for has not been lost.

I took a moment to myself, stood back, and observed when it was time for ooMama ba soke ikrwala (loosely translated as the mothers gifting the young men). I could not help but marvel at these women, I saw beautiful women coming together to support and celebrate one of their own for such a milestone achieved in raising these boys well. They had their speeches and presented their presents. After all, lunch was served then it was time!!!

I say it was time broadly and loudly because IT WAS TIME!!!! Time to sing, time to dance, time for enjoyment. One thing about African cultures that I know we all have in common, it’s not a celebration if there is no meat and alcohol, singing and dancing. The alcohol was distributed amongst people, traditional celebratory songs were sung, people gathered together to sing and dance, the conversation was flowing and everyone was just giving off the same energy of happiness and peace.

For me, that was the moment! I had to step back and be on the outside looking in. I could not be prouder to be a Xhosa lady and watching all this beautiful traditional practice unfolding in front of my eyes and marveling at how everything had come together beautifully. Also knowing that one day I would have to travel the same route with my son and be Izibazana (A mother of a boy that is going to the mountain to become a man). I am already counting down the years and my son is only 4.

We always hear our elders complaining about how the youth does not take traditional practices seriously and how we don’t value our customs, however, I beg to differ. Things might have evolved and taken a different direction than the olden days but we are still a generation that takes pride and practices everything that we have been taught the best way we know-how. We might miss it here and there due to lack of guidance or misinformation but every year, every heritage month, I see different generations showing up and celebrating their cultures. I see many young people accepting the cultural practices/rituals that they need to do which were seen as taboo previously because they are starting to embrace who they are through and through and somehow emancipating themselves of Western beliefs.

I also stand proudly as a young Xhosa woman, who loves her culture and traditions. Whenever we may be too consumed with our lives and the world at large, we are always reminded on Heritage Month about our roots, and that for me is a good starting point to keep the culture alive.