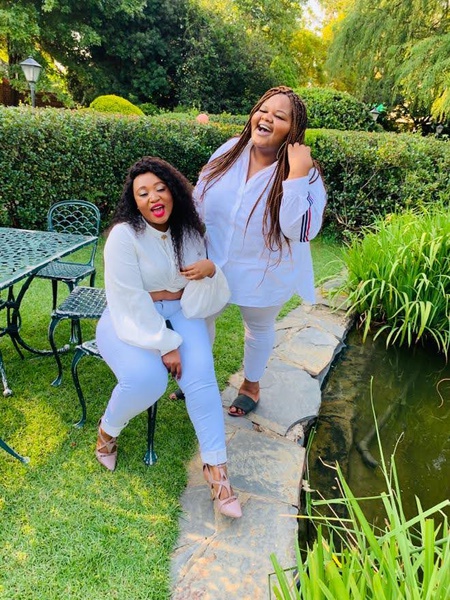 I don’t even know where or how to start, the only thing I know is that I am shattered, my heart is in pain and I keep having questions that I and nobody else can answer. The pain is so deep that I cannot even try to pretend as if it’s not there because it’s a sharp pain that is hard to ignore.

With all the optimism and hope that I had for the year 2021, I didn’t know that I would be thrown with a curveball like this so soon in the year, however, no one has a microscope for the future to foresee incidents that might happen in life and attempt to stop them before they do. I lost a dear friend of mine to Covid-19 on the 20th January, having to type that I lost a friend is the worst thing for me to do because I don’t want to believe that she is no more. My friend got the flu in mid-December and it was nothing alarming as she was taking her medication and even getting better, we even spoke on the phone a couple of days before her passing and she was okay. I remember getting a call from another friend of mine who informed me that my friend was struggling to breathe so they had to admit her to hospital on Monday and she was put on the ventilator, we were partially relieved by that, hoping that she would get better in the hospital. On Tuesday we were told that she was taken off the ventilator because she could breathe by herself and she is getting better, we were all happy and waiting for her to get discharged so we can laugh about it and she can relay the story to us about her stay in the hospital.

Tuesday night I went to bed early and my phone was switched off, when I woke up Wednesday morning, I saw missed calls, WhatsApp texts from friends, all heartbroken but no one said anything as to why they were heartbroken. I called a few of my friends with failed attempts because it was too early in the morning. I was lucky that another friend of mine picked up and when I asked her what happened she broke the unfortunate news to me which left me numb with my knees failing to keep me standing straight. I ended the call immediately and sat down to try and make sense of what has happened. I was so heartbroken, I am still heartbroken, this was a plot twist that no-one saw coming.

My mind was wrestling with me, I was supposed to get ready for work and get my son ready for crèche, however, I was numb. I called my sisters to inform them of what had happened and they were the support that I needed at the time. I did not want to stay at home alone that day because I believed that I needed to get busy so I went to the office. I don’t know if I should say that was the worst or best decision but I was a ball of emotions at work. I did not do anything, I could not control my tears, I would think of the last time we were together and how much fun we had, I would think of her mom and the pain that she is going through and I would think of her boyfriend whom she stayed with and what is going on in his mind and how he is taking the news. I would weep when I think of the potential that she had, the dreams that she was working towards and, the ideas that we would share, be it academically or business-wise. My friend was an all-rounder in my life, there is nothing that I could not discuss with her, I feel like she fully understood the type of person I was, the same as I for her. I would go to her house going through the most but not in the mood to talk about it and by the time I step inside her place, all is forgotten, we are laughing, drinking, or sharing ideas on how we can better ourselves.

I feel like I have lost a friend who in some way or the other was going through the same things that I was going through academically and career-wise. We both hated our jobs because we felt like they are restricting us to reach our full potential and we were both studying towards our third qualifications (she graduated from hers two weeks before her passing) whenever I would feel demotivated, not see the bigger picture anymore, or just had submissions left to right and center and struggling to cope, she was my voice of reason, it would not happen immediately but eventually, I would pick myself up and continue with what needs to be done.

It did not end there, she was my first traveling buddy, we started traveling from the time we were doing our first year in Varsity, we went to East London, Durban, Johannesburg, and Pretoria that was before we stayed in these places later on in life, she was a vibe and a half and the memories we had from our travels are ones that we would still laugh about until today. We had the best moments of our lives, we experienced most cities together for the first time. She was currently planning her 30th birthday party which would be in Mozambique before we were robbed of her life. For all the highs in my life, she was forever present, for all the lows, she was there to pick me up. It still does not make sense how she could just pass away like that.

I have never experienced losing a friend before and never in my wildest imagination thought that she would be the first friend I would lose. Three weeks before her passing we were at a friends’ wedding and we went as dates, we took so many pictures, we had the time of our lives…I am sad, I am still trying to make sense of God’s decision with this one because it does not make sense.

To say that I am not hurting would be the biggest lie I have ever told, every day I think of her, I miss her voice notes, I miss her laugh, I miss her digging old photos of us looking like hungry and struggling upcoming artists, I miss how my son would cry every time she would see us driving to her place because he knows I’m going to leave him there with my friends’ boyfriend while we go get massages or go for a drink. I miss her stubbornness and how we would fight and I’d tell myself that I’m cutting her out of my life because she’s toxic then end up calling her since I miss her. I miss her genuine intentions, I miss her advice and how she understood my frustrations and believed that I would eventually get what I want from life and I would be happy. I miss her bubbly personality and how she got along with everyone. I miss us playing music in the car, singing and dancing our lives away. There is a lot that I miss about her but most importantly is me missing how she made me feel when I’m around her and her hugs.

Attending my friend’s memorial and funeral service has to be one of the hardest things I’ve ever had to do. Me going back home from Pretoria, to attend both services felt so surreal, being in her home without her present and seeing everyone so sad made me start believing that she is no longer with us which hurt even more. Finishing writing this blog took me over a month because of struggling to understand how I feel and avoiding feeling the way that I am feeling but I am glad that I finally finished it as I can deal with the grief.

Loss is one of the things that are inevitable yet most shocking. We all know that one day we are going to die but nothing can ever prepare us for that particular day. Life happens, we fight with family and friends, get mad at people, and swear never to speak with them again. What I have decided on is to forgive people, apologize when I am in the wrong and cherish the people in my life. I hate phone calls and prefer texts rather but these days I am slowly changing that. The reality is, we are living on borrowed time, we have to be ruthless with the way we chase our dreams, support our loved ones, and living our lives. Tomorrow is not promised and that is the reality.

To my dearest friend Esona Kumla: Words fail me friend but thank you for giving me the best version of yourself, thank you for making me have the greatest experiences of my life with you. I will forever cherish the conversations we had, the memories we built, and the lifetime bond we shared. Talking about you as something of the past hurts a lot but I do it smiling these days because I choose to remember you happily. I miss our random link-ups. Johannesburg/Pretoria is so lonely without you but it is well. You’ve played a humongous role in my life and knowing the hopes and dreams you had, I promise never to give up on anything because you believed in me and I’d like to see you proud of your friend and hear your voice cheering me on (Aiiii NomLuuuu) with every achievement. It hurts friend but it needed to happen the way it did. You will forever be engraved in my heart, I miss you and love you. Continue Resting Queen E, my love.