A National Bird named Restaurant in the Capital City 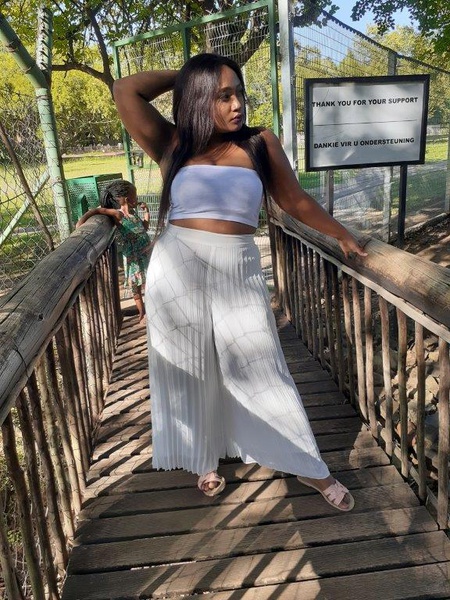 What other way marks a perfect weekend than spending it in the midst of your loved ones with a beautiful view of a bird sanctuary with a motionless lake? Imagine coming from a small city where life is simple and peaceful and relocating to a city of dreams where dream chasers don’t sleep, it’s always buzzing and dreams are realized. You sometimes feel a bit overwhelmed and just miss the tranquility that comes with a small city and actually focusing on things that you love and cherish the most.

I had always dreamed of coming to Gauteng Province form a young age but my parents thought otherwise and wanted me to complete my degree in a fairly bigger city but less busier than my city of choice and a city which my sisters were already residing in, than coming to Johannesburg to do life by myself. Since I liked things so much, they did not fully trust that I was going to do what I was meant to do here which was studying. I opted to do my degree in Cape Town and the compromise made everyone happy. I am originally from Port Elizabeth in the Eastern Cape so moving to Cape Town was not much of a big deal because it is also a coastal city with the ocean just like Port Elizabeth, the majority of people that stay there are Coloureds, Xhosas and Whites which was basically the same setup as back home, the transition was a smooth one.

The challenges started when I graduated and had the freedom to do whatever I want, one of them being the big move to the City of Gold (Johannesburg), the New York of South Africa, with diverse cultures, languages and all types of people from all walks of life in one place, however, I opted for the Capital City of South Africa which is Pretoria, situated 65km from Johannesburg. It was close enough for me to drive to it without having to reside in it. As much as Pretoria is a bit more laid back than Joburg, the drive, the passion, and the hustle of the people is just the same as the one in Johannesburg so I still felt like I am in the right place heading the right direction.

As stated before, coming from a small city to transitioning to this big city has not been an easy one as the weather conditions are not the same as the previously mentioned Provinces, there is no ocean as it is an inland Province and the people are not as friendly as what I had been accustomed to but you soon learn to cope the best with what you have been dealt with.

During my free time, I always try to find places that will take me back home or remind me of the tranquility that is home so when I found this particular gem, I could not wait to go there and experience the place in its entirety.

The Blue Crane Restaurant is a restaurant that is situated in Pretoria in Muckleneuk. It is named after the national bird of South Africa. The restaurant has an African feel to it as it has wooden floors, modern timber roofs which are framed with pairs of common rafters, the walls which have wooden detail and the different divisions of the restaurant which have been made out of wood logs. The restaurant has an upstairs and a downstairs sitting area which is exactly on top of the other so whether you are seated downstairs or upstairs, you still get to have the same experience as the other person on a different floor. There is a bar upstairs which has a sitting lounge where you can enjoy drinks or even watch sport games with your mates or just enjoy good conversations and music.

The main area of the restaurant gives a spectacular view of nature as there is a swamp/brush which covers the entire restaurant, making you forget that you are in the city or there are houses/ cars around the area. You hear the melodic sounds of birds chirping, the freshness of the air you breathe is priceless and not forgetting marveling at the Blue Cranes that you might spot every now and again with obviously other different species of birds.

The restaurant not only caters for adults as there is a sand pit area outside which is dedicated to the kids with all their favorite swings and slides, the play area is also made of wooden logs and there are tables outside the sand pit that are accommodating the parents/adults who might want to supervise their kids while still enjoying their meal. When the kids have played enough there is a bridge nearby that leads you to a bird park where silence is requested as to not scare off or disturb the birds. This bird park is the perfect place for the kids to also learn about the different types of birds that occupy the place, while you as the adult also get a broader knowledge on these different birds. The kids had so much fun with this one, it was just unfortunate that we did not have binoculars to get a broader view of the birds, however, we were happy with the ones we discovered.

When you are in the bird park, you get to see the restaurant, the trees and the lake from a different angle and from all the angles that we saw, we still could not get over how magnificent the restaurant blended in with the with everything that was surrounding the area.

One would think that a restaurant that not only caters for the adults but the kids as well was the ultimate until you get to see the boma area for the wildlife lovers. This area is situated opposite the kids play area, it’s got bird sculptures, animal horns and everything that would interest people who love the wildlife. This is an area where you can also dine with your loved ones and start a boma fire (this was done in the evening as the sun was setting) have great conversations and great laughs while enjoying the fire and the animal sculptures on the walls.

Last but not least is one of my favorite things that would make me come back to the restaurant any day, (either than the views) the food!! They have a diverse menu for kids and adults and cater for everyone’s needs from seafood to your traditional meals with steak, chicken etc. I have to say that the food lived up to the standard of the place, with the affordability being the ultimate. The staff are very kind and welcoming, always ready to attend to the needs of the customers and questions customers might have, while offering a five star service.

To say that I was not a ‘small city’ girl while enjoying the big city would be a lie. I had two of my sisters with me with the kids to experience the place, so it literally felt like I was at home. I could not have asked for a different experience. The restaurant is not a busy one, it is very intimate with people having intimate conversations with loved ones so you do not get irritated by the noisy table at the corner or people that are just too loud. You get to experience it in the best way possible.

A special thank you to the staff at Blue Crane restaurant for the beautiful service. You have gained a customer in me, I am definitely coming backJ .

Fun Fact: The Blue Crane is South Africa’s National bird and Pretoria is the Administrative Capital of South Africa. Hence the title of this blog.