Frustrations Of A Graduate 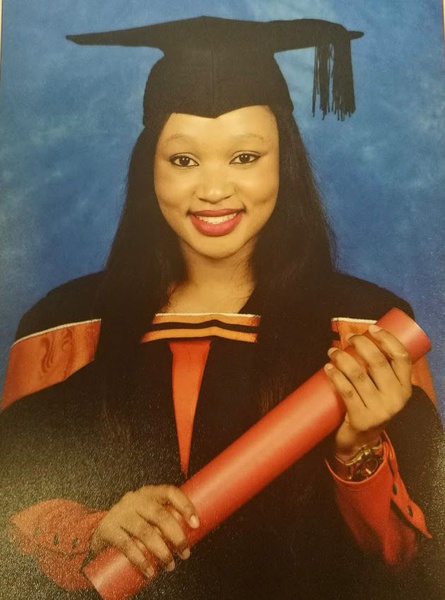 Have you ever been promised something, looked forward to that thing being yours all to have it, even going as far as working hard to prove that you are the perfect match for that thing only to be disappointed at the end and going back to where you started initially?

I never thought I would use my website for anything but positive content. However, I am so overwhelmed now that I feel like writing and putting my thoughts and feelings out there is the best outlet now that will substitute therapy. I did try to book a session with my therapist but she will only be available in a couple of days and I feel like I am on the verge of a breakdown at this moment. Writing has always been therapeutic for me; hence I am finding myself here.

I started working for the group I am working for in May 2017 as a temporary receptionist that was filling in the position of a lady who was on maternity leave. Surprisingly, I was also pregnant at the time and was due in August, the lady would be back around August too, so everything was going to work out perfectly. I got a call while I was back home to give birth that I must come back and fill the role of a receptionist permanently and the lady would be promoted to work somewhere else. I was excited about that position as I was unemployed at that moment with a newborn child so I could not let that opportunity pass. At that moment I had my undergrad degree in Politics and Sociology and just completed my Honors degree in Politics so the plan was to be a receptionist while I look for internships or a job where I can use my skills and qualifications.

While I was a receptionist in 2018, I decided to enroll part-time for a BCom Economics degree because it was always something that I wanted to study so it made sense that I should do it with the time that I’d have on my hands at the reception desk. The company (Company A) agreed to pay for it which was a blessing I do not take for granted. I am now two modules away from completing that qualification. I did well on my degree as I was putting in all the effort because I wanted to move from the position I was currently in at the moment for something better. My bosses saw my potential and they believed in everything I mentioned to them about where I wanted to see myself in the years to come. Every year I would remind them of my goals and went an extra mile for them to see my capabilities.

Eventually, early last year around March/April it felt like my starts were aligning and I would get what I want. My boss came to inform me that the board would be moving me to another Company (Company B) where I would be seconded to the CEO of that Company as he was a busy man and needed someone to oversee everything and report everything to him, while he would also be giving me the instructions of what to do, attend meetings on his behalf, etc. I was excited that I would now be in a position where I could show off how intelligent I am and what I had to offer. I was also happy that I would be in a new environment where I would be learning from the CEO. Things were promising for the first few months, there were red flags that I should have taken into consideration but because I was frustrated with being a receptionist and was willing to take anything that was presented to me as an opportunity to grow at that moment. It was an all-systems-go decision for me. The first red flag was the fact that the company I was going to be moved to was not performing well, it was operating at a loss and there were talks of the company closing and workers being retrenched. The second red flag was the fact that while I was working in this company (Company B), I was still earning a salary as a receptionist regardless of the promise that I’d receive a contract after 3 months of probation. I was sent from pillar to post whenever I inquired about the transfer of employment with a new contract.

Fast forward to September/October, with me still performing my duties, I discovered that the CEO I was reporting to resigned, there was no communication to the team about this from anyone in management, we just heard it from other people. I kept inquiring about where that now puts me from my previous boss who is very much involved with the company I work for and there was still nothing.

I worked up until December earning a receptionist salary and when it was time to receive annual bonuses, I was told (only after inquiring about it and money being deposited to my bank account) that I would not be receiving a bonus because I was working for another company and it did not perform well during the year so they would not be awarded bonuses. I did not understand this because from April to December I was doing work non-reception related but getting paid as a receptionist and still employed by the Company that I worked at as a receptionist, I was never compensated for the time and work I had done for Company B, however when it comes to bonuses, I was now regarded as an employee of Company B? I questioned this with my boss from Company A and she advised that it was instructions that she received from the Directors and she would go back and address my concerns with them. I spent the entire December holiday period in anticipation of what the result would be. In January, I was advised by my boss from Company A that I would get a bonus, which was 70% of what I usually received the previous years, at this point, I was tired of the back and forth as I wanted to question what the basis of me not receiving my full bonus was but I let it slide for my peace. A month or two later, I received the contract that I had been requesting and it was different from what I was told as the Company had no CEO.  An administration position was created for me and my salary increased by a couple of hundred rands, less than a thousand rands. I was over everything so I signed that contract. If only I knew what was going to happen in the following months to come.

On June, the 28th, my boss from Company A made a meeting request with the entire team in different time slots, this meeting was to inform us that they will be retrenching and people would serve their notices at home. Those that are getting retrenched only have up until the 30th to vacate the offices. I was advised that I would be placed in a subsidiary company as a receptionist once again. This did not sit well with me and I informed my boss about it, I did not understand why I must go 10 steps back when I had taken many forward, to me, it felt and still feels like the only thing I’ll ever be good in or any potential that is seen with me within the group will always start and end at reception.

The most frustrating part about this ordeal is that whenever I completed a semester of the year, I would always submit my results to my superiors for them to see if I passed then they can proceed with registration to study further. It is evident from everything that I have submitted to them from the year 2018 to date that there is nothing that I cannot do, as I have performed well in all my modules, some with distinctions. I am now sitting in what will use to be my office for the last time today as I am going to start working as a receptionist from the 1st of August.

Many people will say I should be grateful that I still have a job, especially in these trying times in South Africa where unemployment is at its highest and the economy is not performing well. I want to be grateful; I am grateful…. However, I still question the value that I bring in my workplace, I question what my superiors think of me when they see me, I question the number of years that I will be complacent in one position, and above all else, I am counting the years of not having any tangible experience that I can use to score myself a job with all these qualifications that I have.