The Battle of the Streets 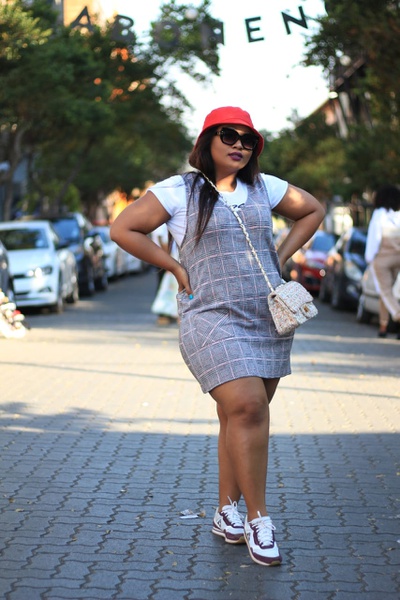 Spring is approaching and that means one thing for us in South Africa…. Outdoor activities will resume and fun times will be the order of the weekends. This winter was so cold and long. I have been counting down to warmer days which are also taking their precious time to grace us with its presence but we are close and I am loving it. I am only hoping that by the time we reach spring, the covid-19 stats would be in our favor and no more lockdown due to higher numbers will be put in place.

Before the winter I had the most awesome time with my sisters experiencing Jozi (slang for Johannesburg) For people like me who were not born and bred in Jozi, there are certain things we saw on TV or read about in magazines that we promised ourselves that when we go to the City of Gold one day. Those things would be one of the first ones on our “to-do list” and so when my sister visited from Cape Town, we knew what the mandate for that weekend would be no matter what.

Our first stop was Jozi Maboneng- The Maboneng Precinct. The one thing that caused FOMO with me and this particular place was the landmark of the words MABONENG hanging across the street. This is where people take their pictures for social media where you can immediately see the buzz and the hype of the place. Little to my knowledge that I would be walking into some sort of creative hub where artists express themselves in their respective talents, restaurants, local and international tourist markets, and interesting loft apartments that are surrounding the neighborhood and not forgetting the nightclubs. Maboneng is a Sesotho word that means “place of light” and when I say that it lives up to its name, I mean exactly that. It is situated on the eastern edge of Joburg’s central business district on Fox Street where you can easily walk up and down admiring the arts and crafts, beautiful modernized and hippy shops.
My sister and I with my son went there to have a late lunch and out of the many interesting choices of restaurants we had to pick from we settled for one called Shakers. The restaurant is located at one of the ends of the streets so whether you seat downstairs or upstairs, you get to have a beautiful view of the entire street. It was a lovely chilled afternoon and The Maboneng Precinct is the girl that she thinks she is. I wished we had come in earlier than we did so we could explore the place, even more, I was even tempted to ask my sister to go home with my son so I could call some friends for a young turn-up, however, everything that I experienced was worth every minute of my time.

The following day we decided to go to Soweto. Now I’ve been to Soweto numerous times with friends for groove (clubbing), but every experience is different from the other and the places that I have visited are not the same. This time around I was with my two sisters, my niece, and my son. The agenda for the day was Vilakazi Street. It is one of the main tourist attractions in Johannesburg and the country. The street is well known for its rich history, particularly during the apartheid period and it is the only street in the world to have produced two Nobel Peace Prize winners Tata Nelson Rolihlahla Mandela and Bishop Desmond Tutu. It was also a coincidence that we went there on Freedom Day (27 April), a public holiday that is celebrated in commemoration of the first democratic elections that were held on that day in 1994 so we were certain that the day would live to our expectations.

The first stop was Tata Nelson Mandela’s house in 8115 Vilakazi Street, Orlando West, Soweto which has been now turned into a museum. When we arrived there, the queue was so long that we were impatient to wait, the weather was not helping as well as it was sunny so we would burn while waiting for our turn. We just showed the kids what we were able to see at the time, explained the history behind the house, and looked for a restaurant where we would have lunch.

One thing about Vilakazi Street, you are spoilt with a variety of restaurants within the street offering different services. One of our choices was packed to capacity with a waiting period of over an hour and we couldn’t wait that long. We then decided upon Sakhumzi which serves authentic African cuisine. This was a great idea as I was with the people I used to have such meals with so we would reminisce and reflect about home and upbringing.

We settled down and got our food and the rest was history. One thing about Traditional African food, it takes time to prepare, time that we do not have during the week so this was a treat ad a half for us. It was a buffet so we could go back for seconds. The music they played at the restaurant was within the theme of the day (Freedom Day) and African songs. Most of the time my niece and son did not even know the songs while we were singing along to all of them. What a refreshing experience for a change 😊.

There were also traditional dancers which came through from time to time to give spectacular performances in celebration of our country’s young freedom. We spent the entire afternoon enjoying the restaurant and walking around the street creating scenarios of where certain events took place according to the stories about the country’s history.

The battle of the Johannesburg Streets was not intentional, it just happened by coincidence. One thing I can say, both these streets are well-known for different reasons and give off different experiences. If you’d ask me which one I enjoyed the most, I would not have a fair answer because of the unique experience that each street had to offer. The next time you visit South Africa or Gauteng, don’t just get off the plane and head to the Safari, take a shot left to these streets and have a different Jozi experience!!!!